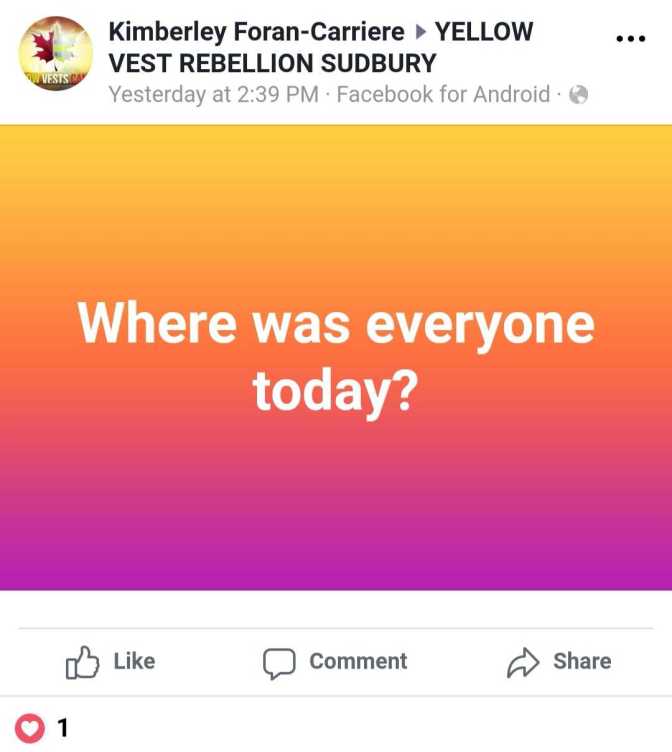 Most of the Yellow Vests here seem to have lost interest and their last few rallies had a total combined number of attendees that we can count with the fingers on one hand. While we think it’s pretty safe to say that locally, the movement is going nowhere fast; a few individuals are still active online trying – thankfully without much success – to make the Yellow Vests movement happen in Sudbury.

Jeff Doyle runs the largest and most active of the three local Yellow Vest Facebook groups. This group has also consistently been the worst in terms of content. Doyle was going around adding lots of locals and essentially spamming the group to people back in December. The group itself appears to be one that Doyle already had and repurposed when the Yellow Vests movement were rolling through social media.

While Doyle’s Facebook profile says he lived in Alberta, we spotted him at a Yellow Vests demonstration here late December and recent posts of his strongly indicate that he is currently in Sudbury.

(UPDATE: Later in the same day after we published this post, Doyle posted a video on Facebook where he can be seen lurking around a local mosque. https://vimeo.com/316469046)

Another person who we keep running into is a woman from Espanola named Denise Soucy, who is one of the moderators of Doyle’s group.

As far as we know, Denise hasn’t actually attended any of the Yellow Vests rallies here, but she is one of the few people left agitating online and trying to build a Yellow Vests movement here in Sudbury. Her politics are a incoherent mess and it’s hard to tell what she’s even advocating. What is for sure, though, is that she really doesn’t like Jews, Muslims and Blacks. 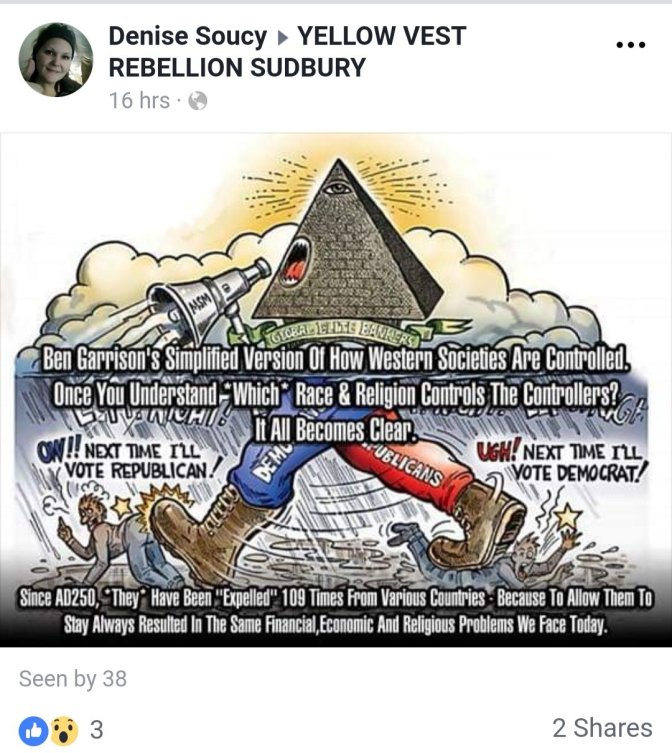 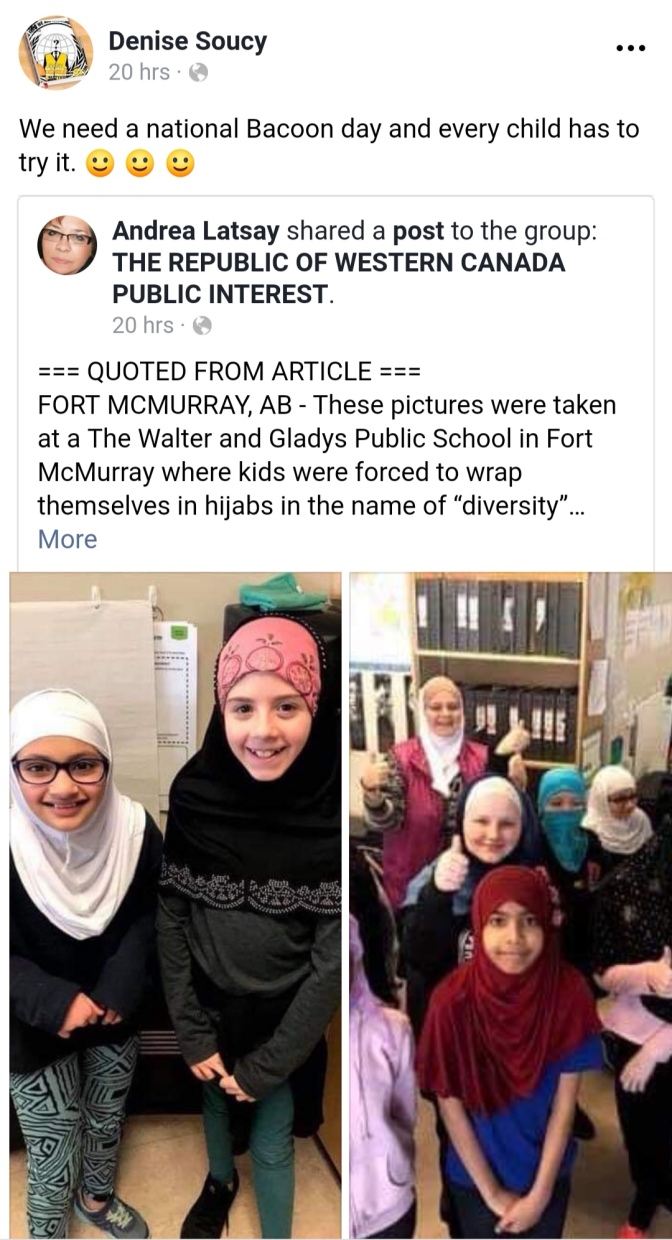 So far very little of the big talk from these two has translated into action in the physical world, but the online world is still real and their malicious intentions are quite clear. We’re keeping a close watch on these two characters and the others that frequent their hateful little forum.