We’ve known about this for a few months, but as is often the case, we weren’t sure how to present this information in a way that doesn’t burn our sources, which is always the highest priority here.

We do think we can safely illustrate what’s been going on now, though.

You may recall from a while back that there were a lot of shitty comments in response to a new pilot project to bring more immigrants to Sudbury. In particular there was this xenophobic post that was made anonymously, positing that residents of public housing were being evicted to make room for immigrants from this pilot project. 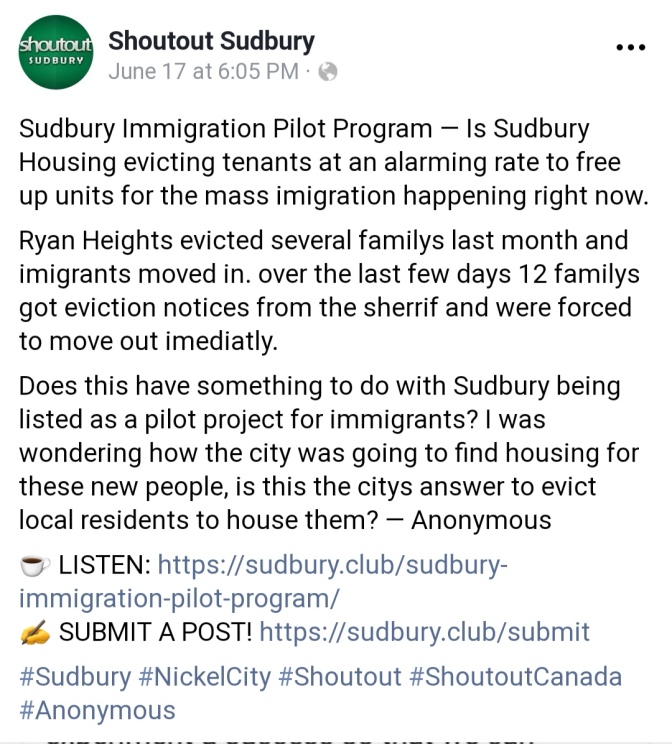 Our old and dear pal Jason Lafauci was in the thread providing a hint as to who might be behind this racist, crackpot conspiracy theory: 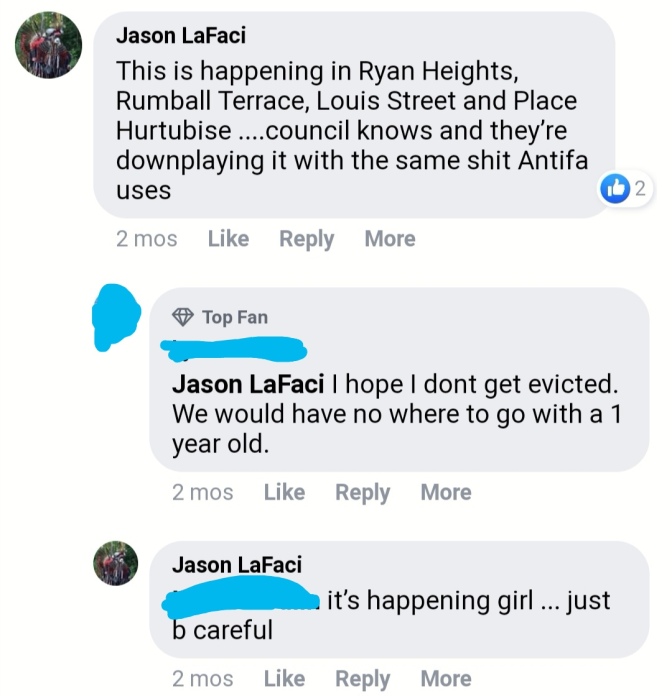 We’ve since learned that local Soldiers of Odin member Richard Pacey (seen below behind the wheel of the sports car he owns) is one of the people being evicted from Ryan Heights. Through the grapevine we’ve heard that Mr. Pacey has been going around telling everyone in town that will listen to him that he is being evicted because of immigrants, that he has seen immigrants moving into units where residents have been recently evicted and all sorts of other assorted nonsense. 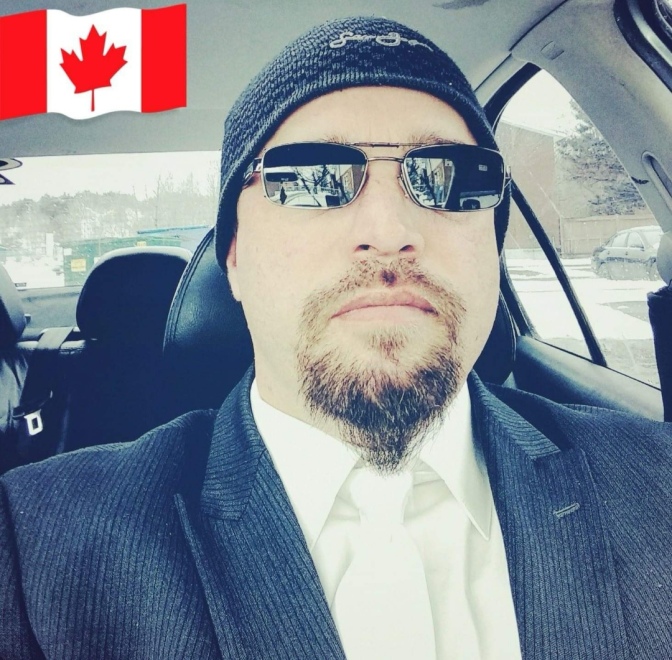 We do not know the exact circumstances of Mr. Pacey’s eviction, nor are they necessarily even any of our concern, but we do know it is impossible that he is being evicted so that immigrants can move in. For one thing, the immigration pilot program he is referring to was only just announced when he and his cohorts began spreading this rumour a couple months ago.

Of course, that hasn’t stopped the SOO and their idiot friends from using it for racist agitation.

The SOO and their friends are lying dirtbags and racists. All of this is typical of this crowd, who prey on the less fortunate; trying to pit the blame for all of society’s ills onto social services and immigrants. This is what they do.