When we were looking into Giovanni Damiano Presenza recently, we noticed an interesting exchange with a local business owner, Juan Rivera.

The exchange suggests that Juan has already been in some hot water for his political views. A funny thing happened when we went to make a note of Juan in our files.

He was already in them from back in March. 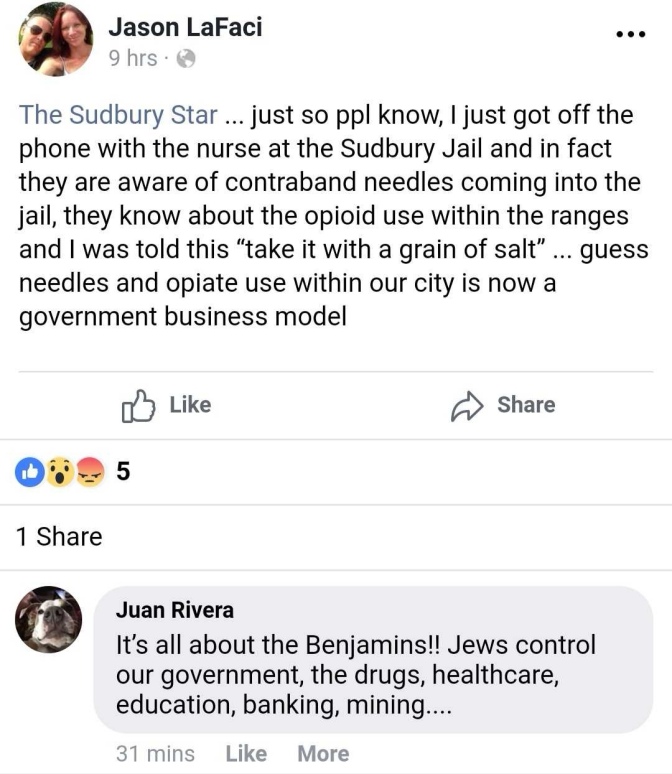 Then we recalled a similar comment we found on Jason Lafauci‘s page last September. Acting on a hunch, we went and dug it up.

Turns out Juan has two Facebook accounts with slightly different spellings of his name, but nearly identical usernames. They both have pictures of the same guy on them.

We did a quick search of both profiles for the keyword “Jews”. Here is some of what that turned up.

Then, literally as we were doing all of this, Juan shared this nazi shit, which is syndicated from The Daily Stormer.

We are not going to link to the site, so here are screencaps of the article, in case you have any doubts about what kind of filth this is.

Needless to say, we think we have a pretty good idea why Juan has been finding himself in trouble. All this is on the same two Facebook pages where Juan promotes his business and we doubt we’re the first to notice that Juan is anti-Semitic. 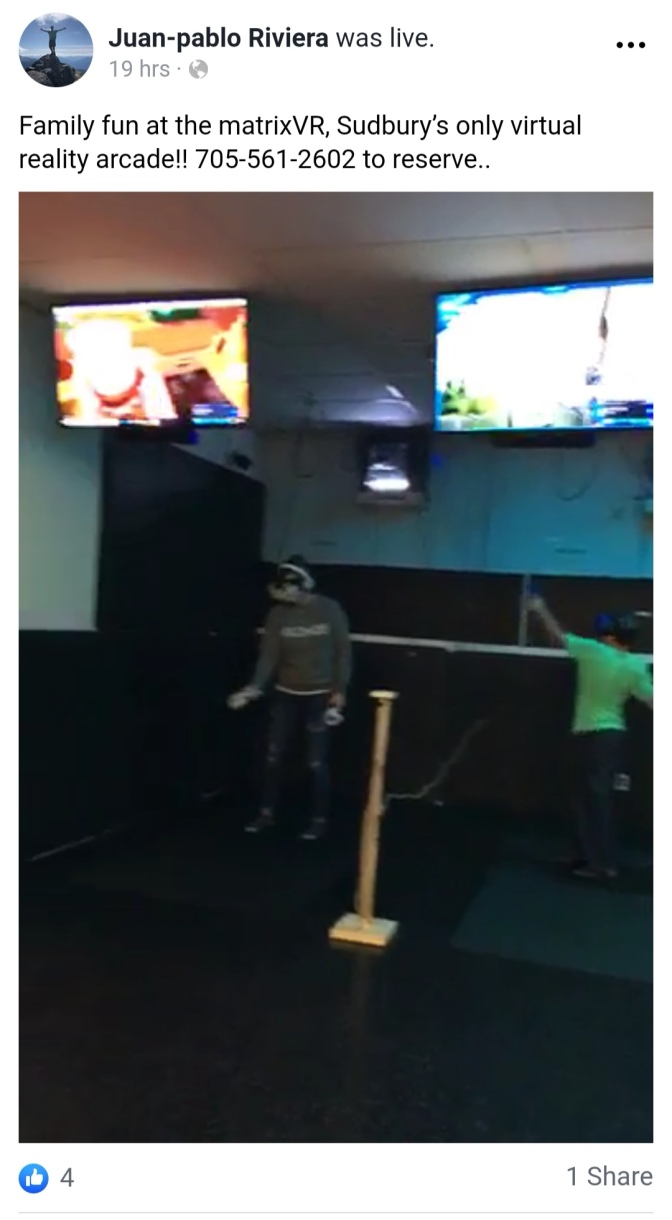 Juan seems to own the place, so complaining isn’t likely to do much good. The only thing we can advise is staying the hell away from this man and his business. If any of our readers know more about Juan, we’d love to hear from them.

Here’s the clearest pictures we could find of him.

If for some reason you are friends with this guy, we would suggest that now is a good time for that friendship to end.

After doing some more poking around on Facebook, we’ve found a relative of Juan’s with similar views who also appears to be involved with the business. It also appears that Riviere is indeed the correct surname.