When we last caught up with local far-right agitator Jason Lafauci, he had abruptly flipped to supporting the NDP. That unsurprisingly did not last, as just days later he was on Facebook ranting and calling Jagmeet Singh a “donkey”.

For awhile now, Jason has been on a crusade against the city, the Sudbury District Health Unit and SACY, who he accuses of being responsible for there being a lot of dirty needles around Sudbury and of employing members of Antifa. (To Jason, Antifa means anyone to the left of the Conservative Party, so if we use his definition, he really can’t be wrong.)

On October 20th Jason was out cleaning up needles, which he does fairly regularly, but there was some controversy in a local Facebook group…

The most charitable read of this is that Jason simply found a large amount of needles that had been dumped the previous night and decided to use them to further his personal vendettas. But that wasn’t all

The next morning Jason and his wife Mandi decided it was time to make a statement.

“KYFLD” stands for Kill Your Local Fentanyl Dealer, which in the context of Jason’s support for the Hell’s Angels who totally sell Fentanyl, is pretty ridiculous.

Jason and Mandi entered the office together, ranted insanely at the receptionist, left the bag of garbage on the counter and left, calling the staff “fucking retards” as they stormed out. 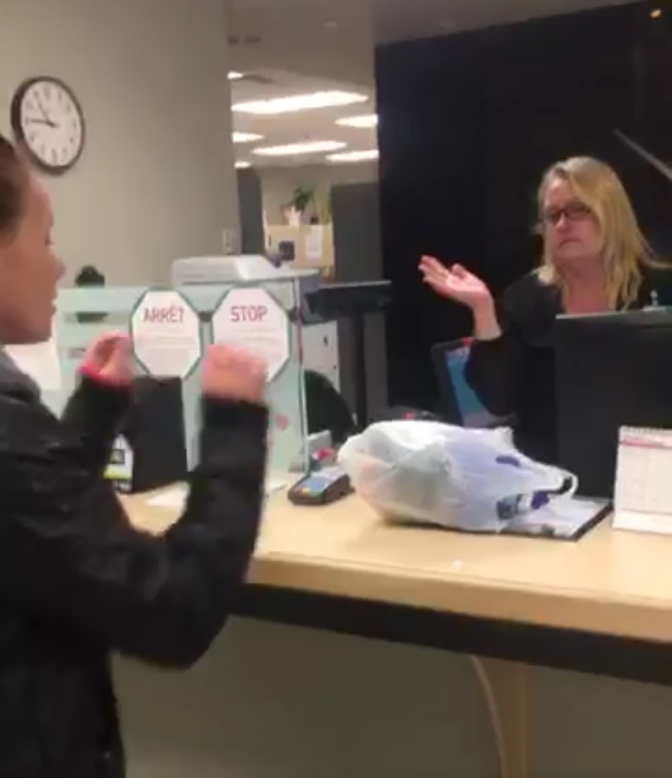 Another good deed done by our local heroes.

Always conscious of optics, Corey Wicklander of the SOO did not approve.

Jason and Mandii then proceeded to the courthouse, where they announced they are filing a class action lawsuit against city, the Sudbury District Health Unit and SACY.

We’re sure that is totally going to happen.

Then, later that evening, Jason took to Twitter to call us pedophiles for some reason. We’re not exactly sure what prompted it, but we’re chalking it up to severe delirium caused by a case of election fever.

How do we know that’s Jason? There’s a lot of indicators on the account, like him posting links to his own Facebook page and ranting about things only Jason believes.

What we found more interesting than his yelling at us – which we are used to – was how Jason pitches his anti harm reduction justice crusade when he’s on Twitter. 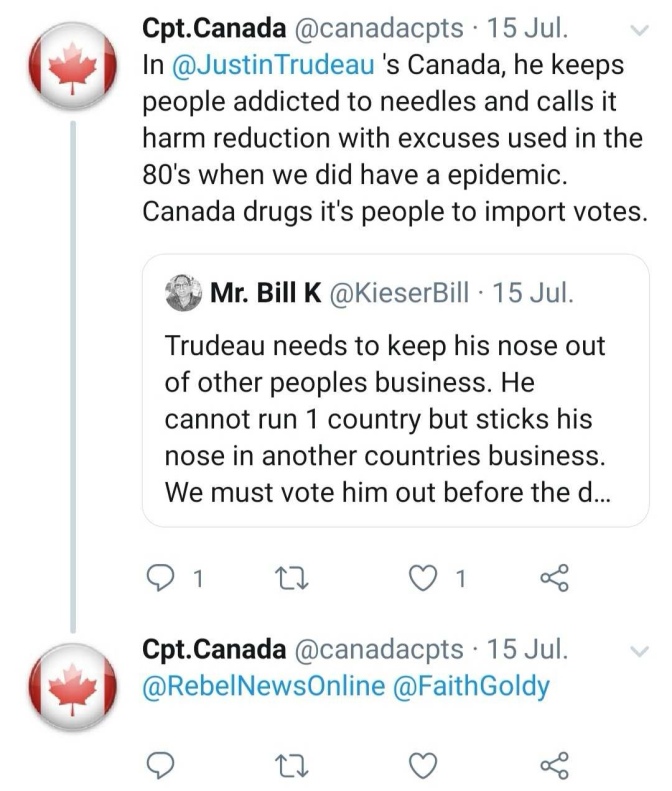 Well shit, doesn’t that put this whole stunt in perspective?

Our heroes have received a commendation for their service.

This Soldiers of Odin member doesn’t seem very happy about it.