We’ve received a number of questions and inquiries regarding Jason recently. In short, Jason and his friends on the far-right have been harassing a lot of people in Sudbury.

We already made a Twitter thread, but for the benefit of those who aren’t on there, we thought it might be helpful to put that information here as well.

Jason first came to our attention because of his ties to the Soldiers of Odin (SOO) and because he was briefly the Sudbury candidate for the People’s Party of Canada. He ended up being replaced by Sean Paterson after calling for Prime Minister Justin Trudeau to be hanged. 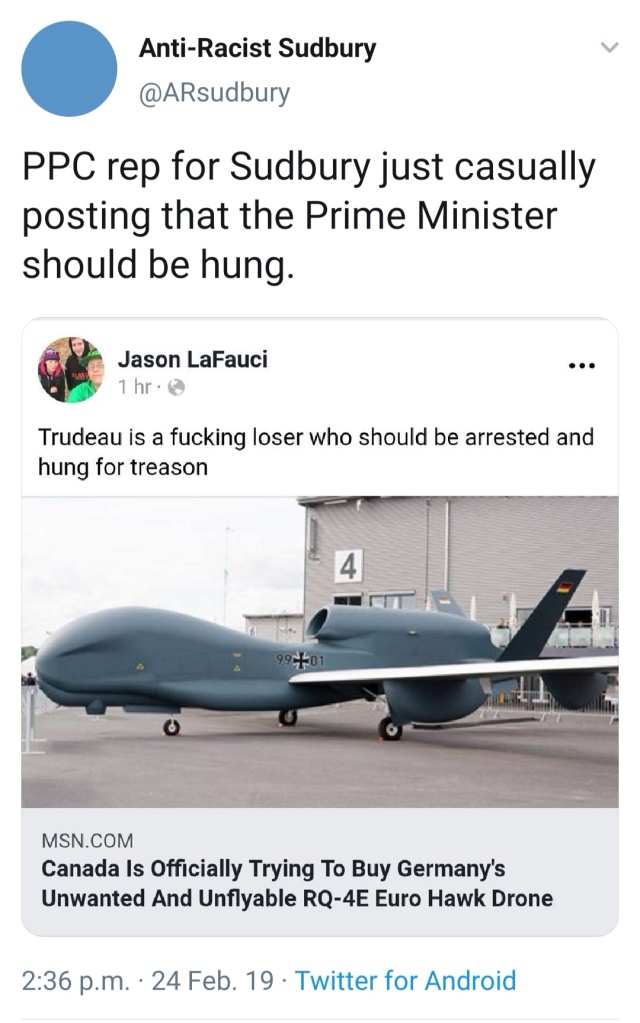 He has a longstanding grudge against the city because they called him out for pretending that his pot edibles business was licensed. Since then, him and his wife have waging a campaign against the city, the Sudbury District Health Unit and SACY. Both of them are now banned from the Health Unit and SACY after they harassed frontline workers and left a bag of dirty needles on the counter. 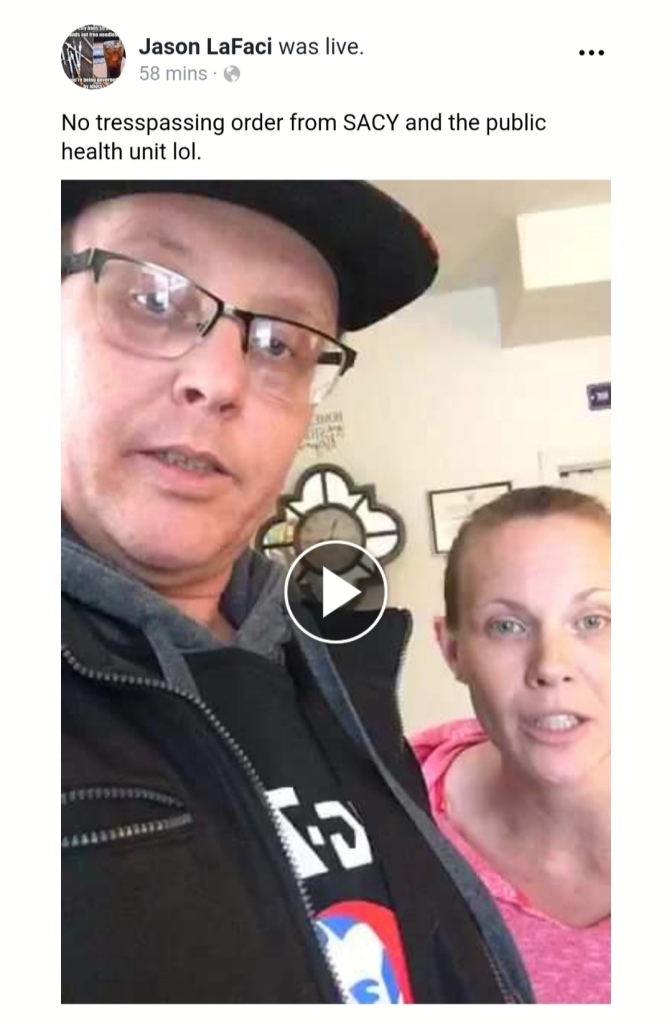 Jason is the primary admin of Sudbury420, which is essentially a promo network for several local cannabis businesses. The other two admins are his wife Mandi and Daphne Donaldson of Mr. Green’s Novelties. He frequently makes videos for that page which alternate from what are essentially infomercials for local businesses and political rants against the left, social services and whatever else is grinding his gears on that given day.

Recently, he has also used that platform to promote the Soldiers of Odin and he frequently appears wearing one of their hats.

Jason often uses the Sudbury420 to make threats against people which doesn’t seem to faze the businesses that sponsor it one bit. 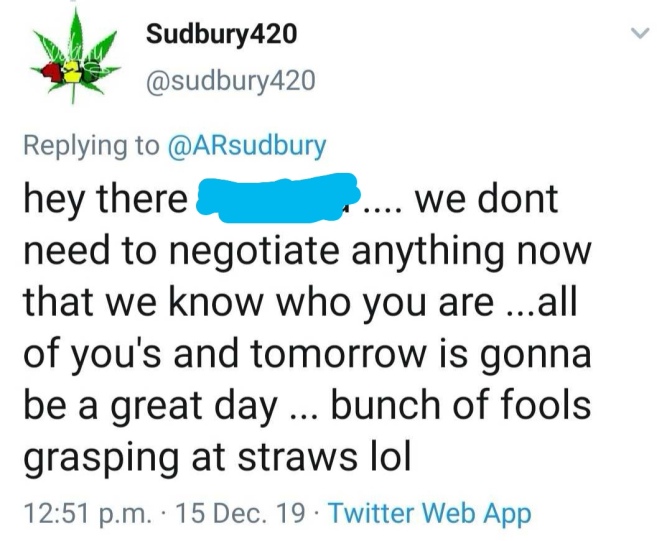 It is probably fair to consider Jason a member of the Soldiers of Odin, even if he is not one officially. In recent months he has been more active with the group than many of the actual members.

He runs a number of vanity social media accounts dedicated to his personal grudges such as: Sudbury Exposed, Anonymous Sudbury, Anonymous Ontario and People’s Party of Canada Sudbury. He seems to have a lot of time on his hands.

Apparently, Jason used to live in Brantford, where he ripped off a bunch of bands and acquired a reputation as a scammer. There seems to be a lot of people there who don’t like him and it looks like he moved back to Sudbury to escape his bad reputation and his debts. 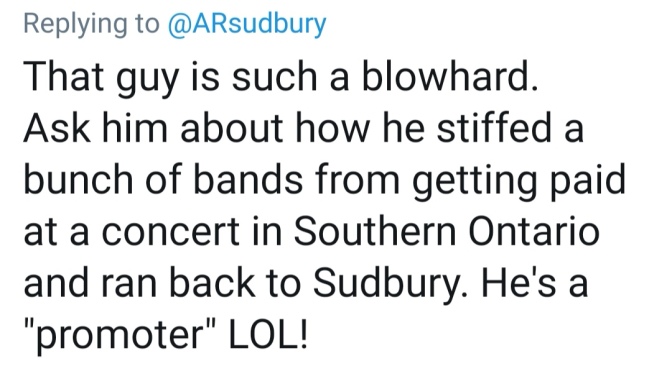 He changes the spelling of his name a lot, which is likely an attempt to avoid people googling him and finding out his reputation. At present, we have observed four different spellings of his surname: Lafauci, Lafaci, Laface and Lafauche.

If he needs another one in the future, we suggest: Lafashy. That’s what we’ve been calling him for awhile, anyway.

He’s already been busy networking with all the top anti-racist and anti-fascist accounts.

Jason is a troll and a con man. He is not very good at either. At this point, he has accused at least ten different people of running our page.

If he is harassing you, you are quite safe just ignoring him. In fact, this is exactly what we suggest. His confirmation bias is so strong that anything you say to him will be interpreted as evidence you are involved with us. The person he accused yesterday literally just shared one post critical of the Yellow Vests in January.

The guy is a nutbar who is quite disturbed and obsessive, but as long as you don’t engage with him, he should move onto something else in short order.