To recap: A little while ago, right-wing troll and friend of the Soldiers of Odin (SOO) Jason Lafauci announced that they were planning on heading downtown to hand out sandwiches and coffee.

We didn’t hear anything for awhile and were actually starting to wonder if they had called the whole thing off, but finally we got some pretty good confirmation that it was finally happening. 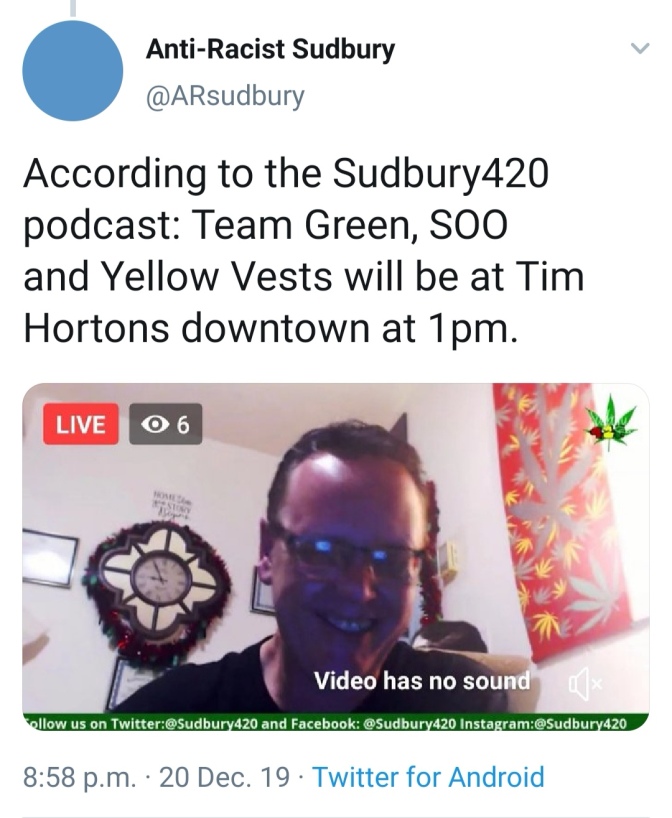 We couldn’t make it downtown, because we were stuck at our jobs, but sources snagged us a few pictures and got a pretty good look at the scene. Jason Lafauci, Mandi Lafauci, JR Demellweek, Giovanni Damiano Presenza and a few others were all seen hanging on Cedar Street across from the Tim Hortons.

The SOO mostly stayed in and around the Tim Hortons. Present were: Cory Wicklander, David Charmichael, Chris Chaperon, Richard Pacey and Chris Bradley.

We don’t have any pictures of that, unfortunately, but someone did catch up with them later as they were walking down Minto. 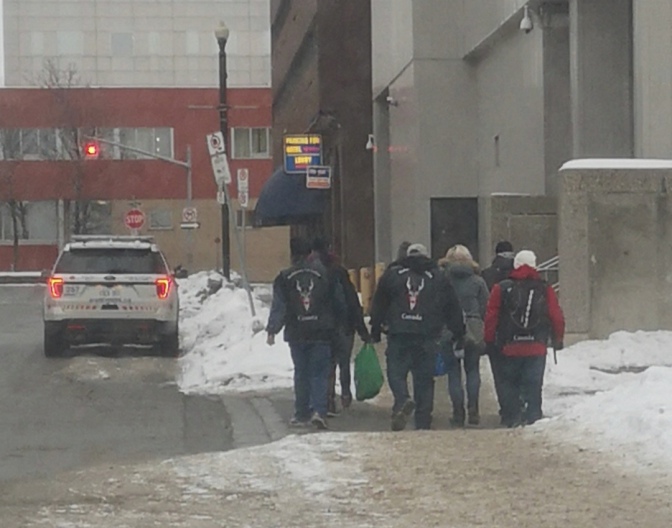 We’re not sure what the organizers were expecting, but they sure brought a lot of backup just to hand out sandwiches and coffee. We certainly had no intention of counter-protesting a bunch of guys handing out food. We doubt anyone else did either.

Here are two accounts from people who were there:

Afterwards, Giovanni Presenza posted about the day out, but didn’t seem to want to say who he was with.

Neither did Chris Chaperon of SOO on Shoutout Sudbury Uncut later that night, where he faced a tough crowd.

Jason/Sudbury420 took to Twitter to accuse of us calling the cops on them when: (1) It being a political gathering, (2) Having people wearing the same clothes assemble in a place where a high profile stabbing took place recently and (3) Jason’s own recent antics, had already made the odds of a police presence about 300%. 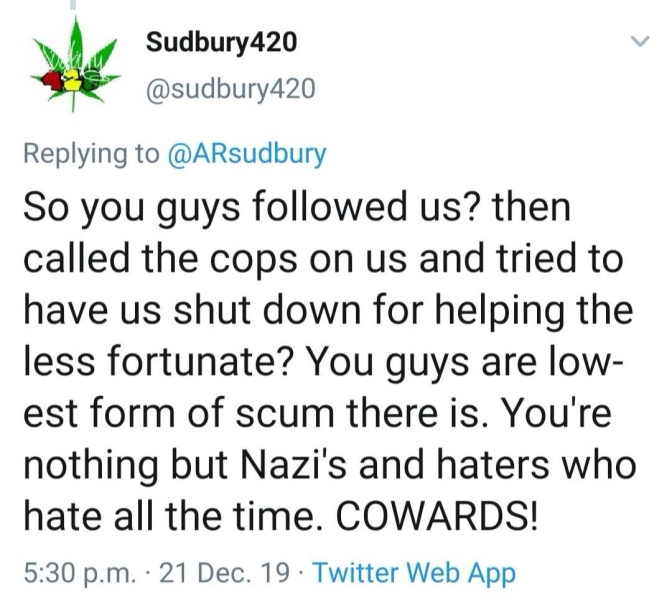 Oddly, this all occurred almost exactly a year since the last big far-right action here in Sudbury. This was a mostly different crowd however. There was only one Yellow Vest present and instead of enthusiasm for the Yellow Vests, their main point of unity seems to be disliking Antifa. The most prominent group at last year’s demo, Canadian Combat Coalition (C3), were conspicuously absent from the whole thing.

At this point, most of the active far-right here in Sudbury have converged around the SOO. While this is a natural development, we don’t expect this convergence to be permanent, because quite frankly, it is extremely hard for us to imagine many of these people spending more than fifteen minutes together. Further interaction will expose the divisions in their movement and we doubt that hating Antifa will be a sustainable rallying point.

With that said, we do still expect these pop-up type actions will be the new norm for them, because traditional street protests haven’t worked well for them.