As we’ve mentioned previously, the far-right here in Sudbury have grown increasingly unhinged over the past few months; graduating from veiled threats to actually attempting to “out” us and basically just harassing anyone in the city who has claimed support for anti-fascism.

The primary places they appear to be getting their “information” from are fascists, people who’ve been kicked out of other organizations for good reasons and nutty conspiracy theorists. They seem to believe that having unflattering things written about them entitles them to retaliate by lying.

The operative logic here is one that is common to abusers of all kinds: “Look what you made me do. This is all your fault.”

Naturally, this has all been accompanied by continued pleas from the far-right for us to “sit down” with them and have a “reasonable discussion”. You know, because us meeting up with people who regularly threaten us with violence is such a good idea.

Most of the individuals targeted have been from the LGBT community and the worst abuse and harassment have overwhelmingly been directed towards women, accompanied by homophobia, disgusting sexual innuendo and rape threats.

At the same time we’ve witnessed the usual fantasies of violence and rounding up leftists. 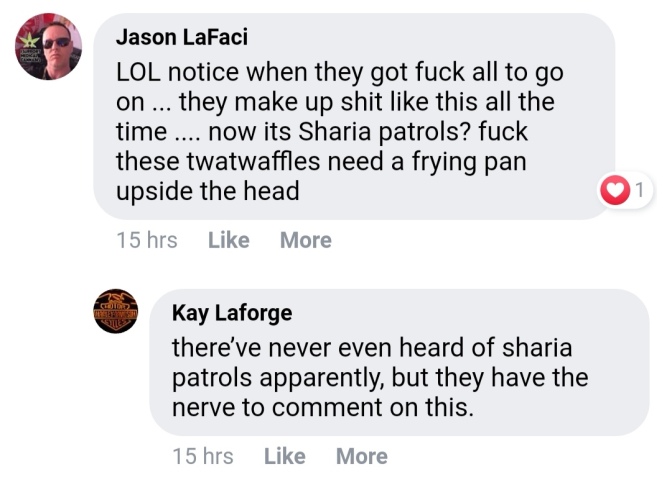 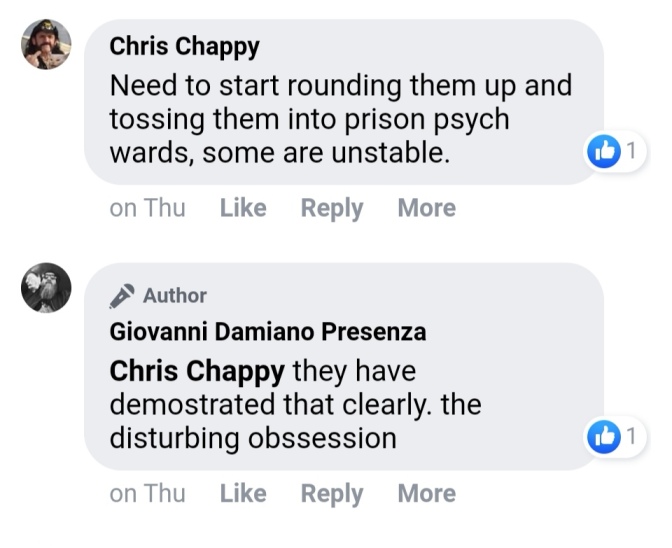 The main objective of all this appears to be to deter participation in leftist and especially anti-fascist organizing. This is not so different from our own objective of deterring far-right participation by introducing a cost; but whereas we mainly do this by publishing the far-right’s own words, they just make shit up and act deranged in the hopes of intimidating people. Having no credibility to lose, this is really not such a bad strategy for them.

Ultimately, the most potent weapon that they have available is how disturbing and disgusting they all are and we expect that they will continue to weaponize their grossness.

As far as their demands, the main one they’ve made is that we take down our blog, which is not going to happen under any circumstances. A frequent complaint they’ve made is that they have had to explain our posts to their family members and particularly their children, which is something they damn well should have to do. 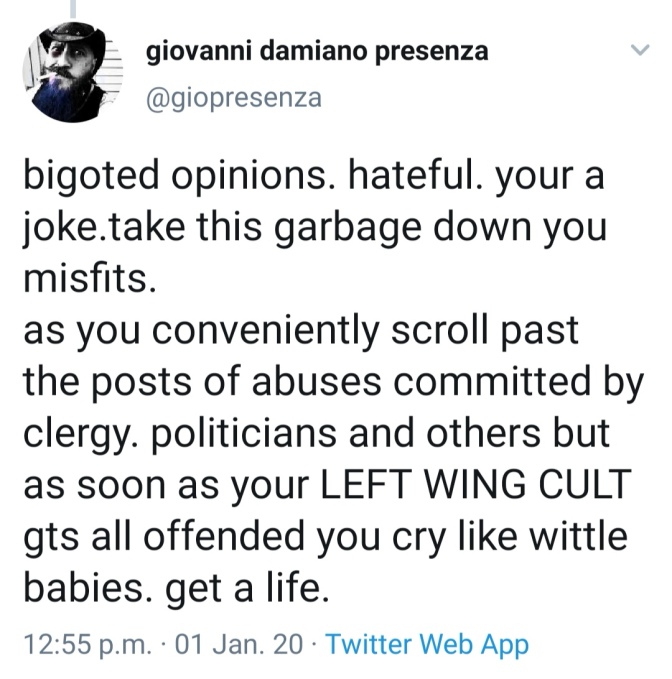 We take this as a good sign that our tactics have been effective. If they spend their time complaining about us instead of attacking marginalized groups then we consider that to be a big win.

We’ve said this multiple times: If you don’t like having things written about you, you can just stop all this and there will be no reason for us to write about you anymore. You’re not entitled to a good reputation, what we are doing here is completely legal, you cannot stop us and we are going to win.

You can walk away at any time. The choice is yours…