Most of this has already been posted to our Twitter account, but for the benefit of those who don’t use the site and to have this available in a more organized format we are going to run through this here.

The first group we are going to cover are the Canadian Combat Coalition (C3). Two of the admins, Dan Dubois and Dan Unrau are from Sudbury and a third, Daniel Joseph Mainville, appears to have connections to the area. We’ve done some, shall we say, experiments, and we know that posts to their Facebook group have to be approved by a moderator or admin. 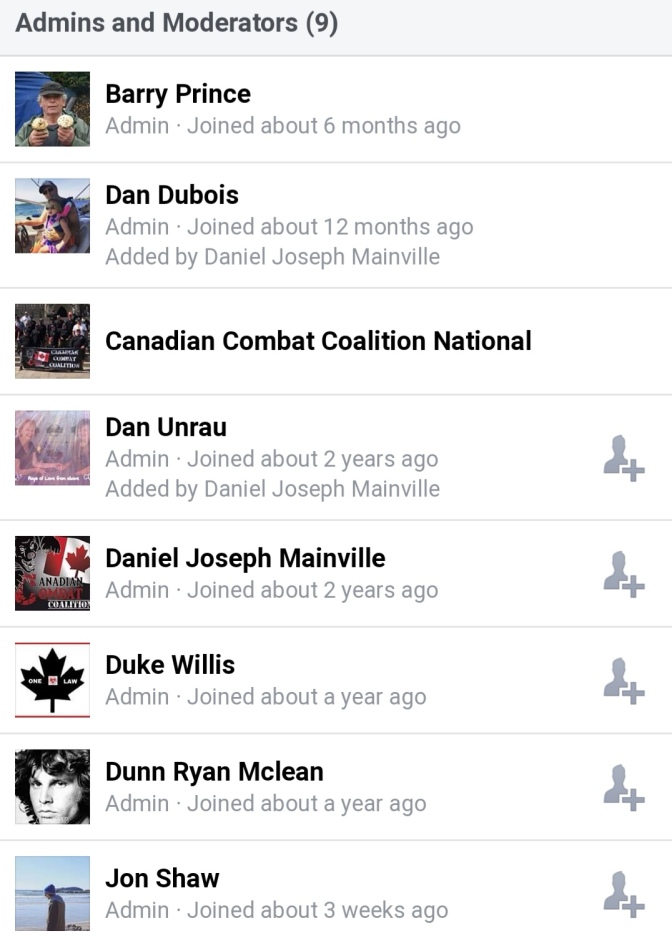 The initial posts in the group were disgusting to say the least: 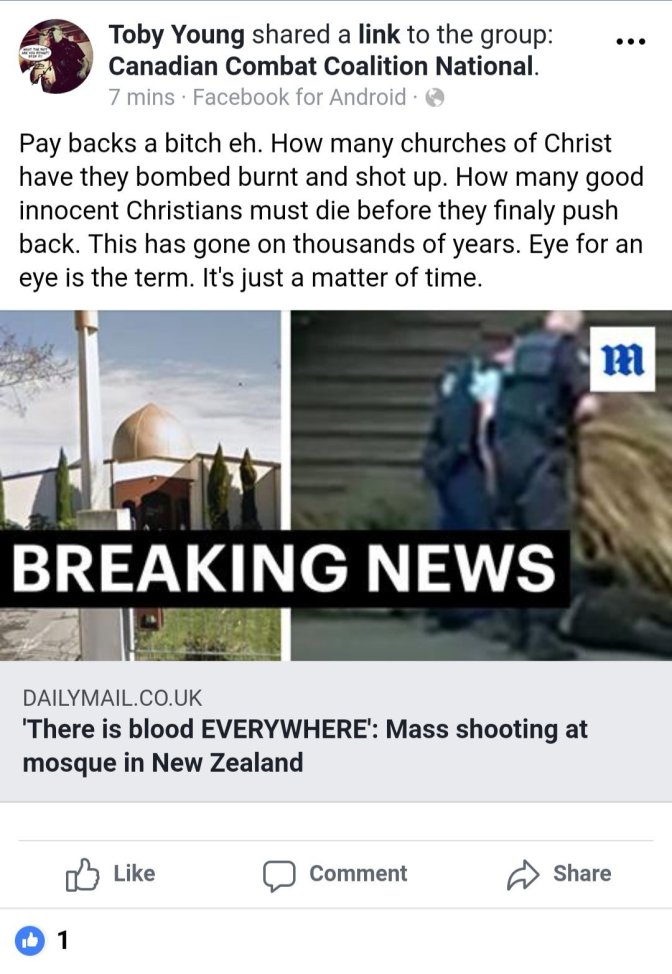 There was a very concerning reply from this woman from Espanola:

We’re going to try to not go too heavy on the screenshots here, but there are more over on our Twitter. We think it’s fairly safe to say that the individuals who are running this group and approving the posts there are culpable for allowing this to go on.

Next are two people who run one of the local Yellow Vests groups on Facebook, Jeff Doyle(a.k.a Khanadian Media) and Denise Soucy.

Doyle’s response was to go all in with the Islamophobia:

Whereas, Denise Soucy went from justifying the shooting, to saying it was faked in less than twenty-four hours:

Then there is Liam, the jackass who put up all those racist posters in September 2017. He seems to have some, err, understanding of the shooter’s motive: 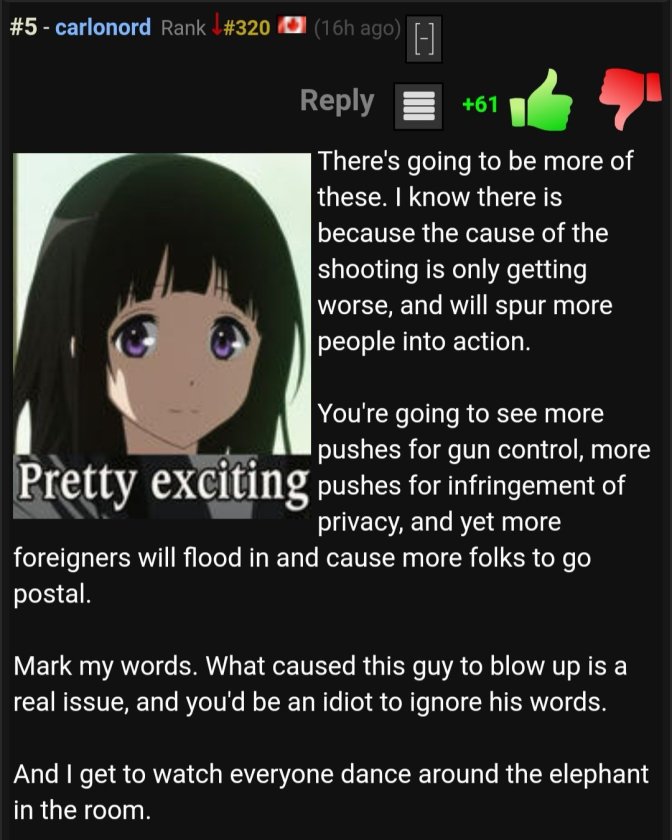 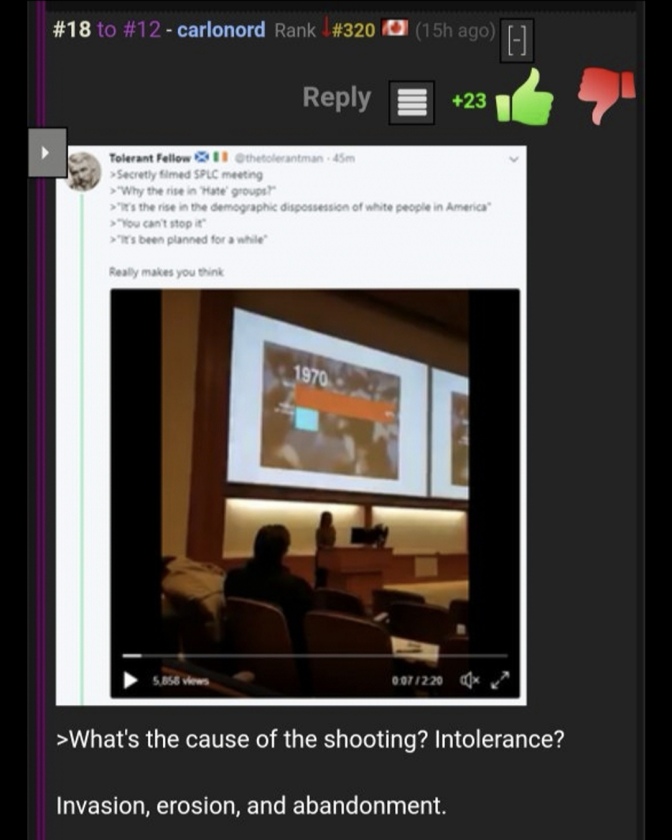 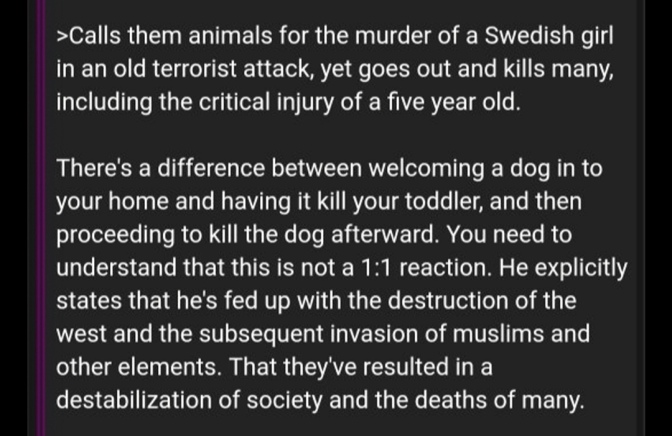 Finally, we have the Soldiers Of Odin. First, there was a bizarre comment we received on Facebook from Soldiers Of Odin member Jeff Redcliffe a.k.a. Poppa Bear in response to the statement we put out about the shooting. 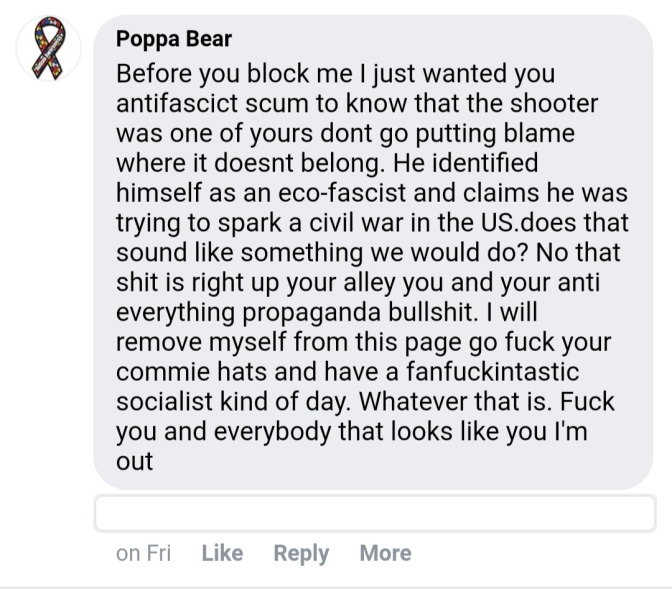 Then we have another SoO member named Richard Pacey reposting this statement blaming the shooting on immigration in reply to a Sudbury Star article: 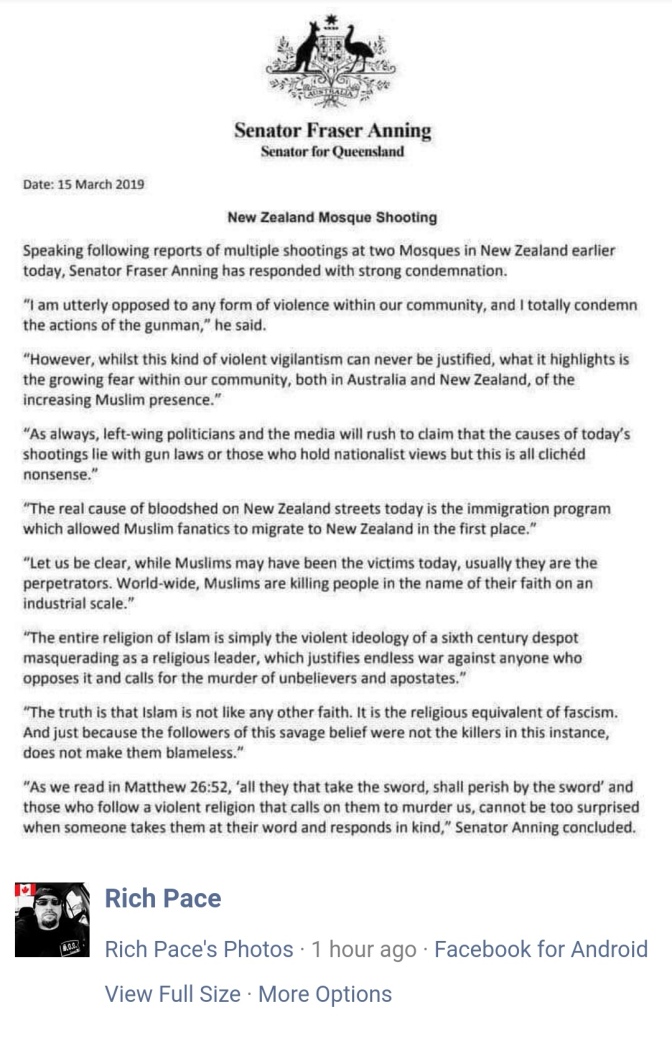 Of course, we’re keeping a close eye on all these individuals and appreciate any tips or information that our readers have.